The Library will be CLOSED on Sunday & Monday, January 19 & 20 for Martin Luther King, Jr.’s Birthday. 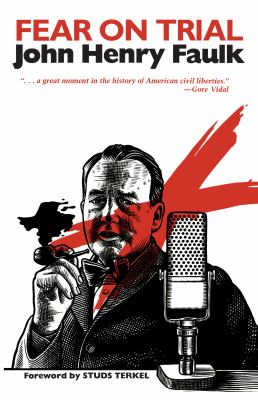 I’m embarrassed to admit that I worked in the Faulk Central Library for 18 years and never read the book written by the man that the building is named for until last weekend. There’s a reason Faulk is famous for his book; there’s a reason it’s been reissued: it’s quite a story well and simply told.

Faulk grew up in South Austin then moved to New York and earned his living there telling folksy Texas tales and playing music on his own radio show. The show did well; Faulk’s ratings were good and so were his ad revenues. Powerful entertainment executives expected him to become a first-rate raconteur like Will Rogers, Peter Ustinov, and Jack Paar.

And then Faulk organized a coup of his union, AFTRA (the American Federation of Radio and Television Artists), and essentially replaced its entire governing board. The new slate, unlike the old one, was unconcerned with ferreting out communists among the members, and declined to continue to use AWARE, Inc., an anti-communist organization that, for a fee, checked people for left-wing affiliations. AWARE retaliated by labeling Faulk a communist, which made him unemployable. Faulk sued for libel. Fear on Trial is Faulk’s record of the trial.

If you don’t know how it turns out and don’t want the end spoiled, don’t read the back-of-the-cover blurbs. The publishers assume everyone has heard this Texas David-and-Goliath story. It was big news at the time, and it finally put an end to the McCarthy-era blacklists. It has not aged. It is an excellent read.

APL’s Most Popular Titles of 2018 (Summary)
December 12, 2018
This year Austinites were in the mood for fiction about race, class and refugeeism.