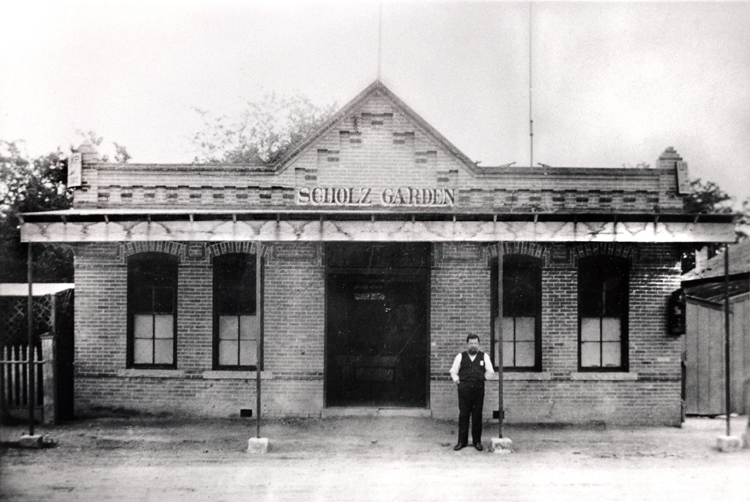 August Scholz bought the land at 1607 San Jacinto in 1862 from Swante Swenson and opened a beer garden and hall. What is now Saengerrunde Hall was built in the late 1860s. The Garden was originally much larger and had a bowling alley, a spring and fountains, a small zoo, and outdoor stages for plays and music. Dinners were often ham, roast beef, jellied fish, herring salad, potato salad, bean salad, chili, vegetables, and cake, all for 75 cents. Scholz also had a hall for weddings and other events. Carl William Besserer, who married Scholz’s daughter in 1873, took over management in 1885. Besserer sold to Lemp Brewery of St. Louis in 1893. Austin Saengerrunde bought it in 1908 and has owned it since. Scholz Garden is the oldest continuously operated food business in Texas.