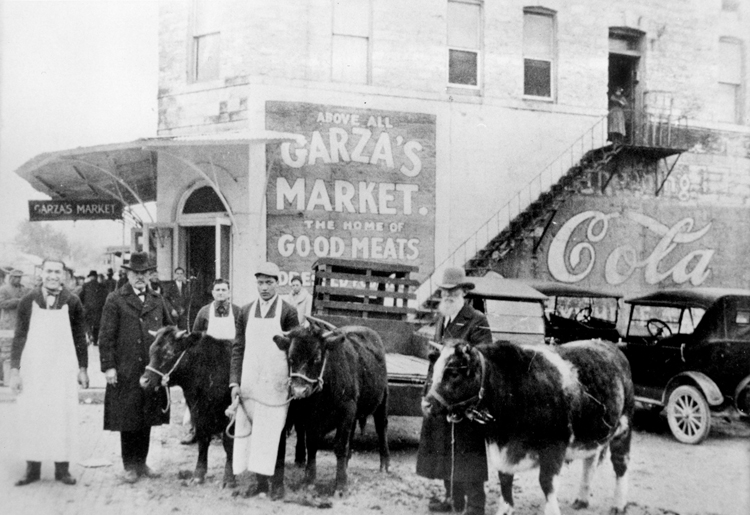 Ben Garza, shown in the center wearing an apron, started his meat market business in 1908 when he was nineteen years old. At the height of his success he owned five meat markets in various locations around Austin, including the one pictured here at 701 East Sixth Street. He eventually sold the markets and bought acreage outside the city limits near Oak Hill, on which he operated a dairy for several years.