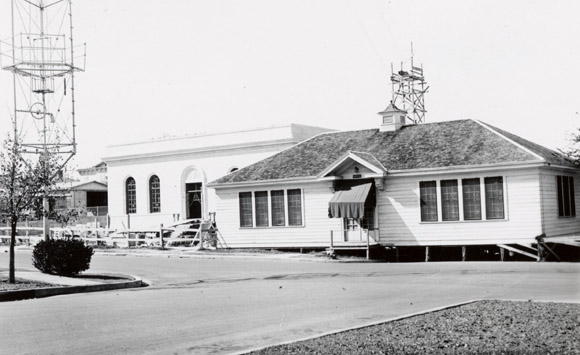 History of Our Building

The Austin History Center is proud to be the steward of Austin's first permanent public library building. This Texas Historic Landmark is also on the National Register of Historic Places and has been open to the public since 1933. It remains a source of civic pride for Austin.

The land on which our building now stands was originally designated for church use and three churches once stood on this lot. After the relocation of these churches in 1913, Mayor A.P. Wooldridge successfully petitioned the state legislature to re-designate the lot for public library use. In 1925 the Austin Chapter of the American Association of University Women organized a house-to-house canvass for book donations and money for a new building, and the Austin Public Library Association was able to erect a temporary wood frame building on the site in 1926. Then in 1928 the Austin voters approved $150,000 in bonds for a permanent building, and the temporary building was moved to Angelina Street to become Austin's first public library branch, Carver Branch.

Austin architect Hugo Kuehne designed this building, and construction began in 1932. The building was designed to take advantage of local materials and craftsmen. Cordova cream limestone was selected to achieve the Italian Renaissance Revival style of the building. Ornamental wrought iron work was created by Fortunat Weigl to enhance the balconies, doors and windows. Peter Mansbendel, a Swiss master woodcarver who immigrated to Texas in 1911, carved much of the interior woodwork. "Bubi" Jessen and Peter Alidi painted the tracery frescoes on the ceiling of the arched loggia on the north side of the building.

In 1979, when the Central Library moved into its new facility next door, the newly formed Austin History Center Association began consolidating community support so that the old central building could be renovated to house the expanding Austin-Travis County Collection. Municipal CIP bonds and grants from the Economic Development Administration, together with contributions from the Heritage Society of Austin, the Junior League of Austin, and local individuals, financed the renovation of the building. The refurbished building was opened in 1983 as the Austin History Center. It had been restored to reflect the original spirit of the building. The lighting fixtures on the porches and the rubber tile floors are original fixtures, while some other details are faithful reproductions. 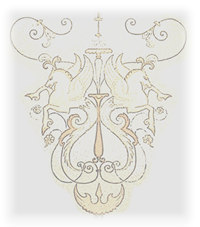 Furnishing the building's interior continued the cooperative community spirit that created the building itself. The furnishings and rugs were donated by individual Austinites and community groups. For example, the decoration of the meeting rooms was funded primarily by the Junior League of Austin. The O. Henry Room contains furniture and special research materials collected and donated by Judge Trueman O'Quinn. The Mayors' Room, now office space for the Austin History Centers Neighborhood Liaison program, contains pictures of mayors of Austin from 1839 to the present, as well as the official archives of recent mayors. The Assistance League of Austin provided exhibit cases for the lobby. The tables and chairs in the Reading Room are from the original Central Library. The Austin History Center Association has equipped a photography lab on the ground floor, provided beautiful landscaping, as well as helped to maintain the building's historical significance.