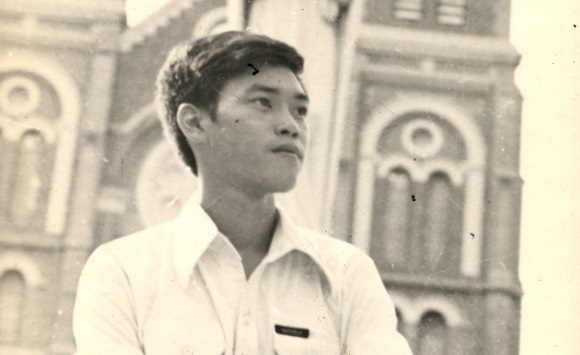 to : Restoring Community was a historical exhibit presented by the  in partnership with the Vietnamese American Heritage Foundation from February 21 to July 17, 2009. This exhibit was the first Asian American exhibit at the Austin History Center and one of the first of its kind in the country. An opening reception was held on March 7, 2009 from 2-4pm at the Austin History Center (810 Guadalupe). The exhibit and program was developed by the Vietnamese American Heritage Foundation and Community Archivist Esther Chung Martin.

Focusing on the history, transition, and contributions of local Vietnamese Americans in , to  included historic photos, documents, periodicals, and archives. Each display weaved personal stories of endurance and triumph that will illustrate their incredible journeys and the ways they have embraced as their new home.

From the 1980s to 2000s, Vietnamese Americans were the largest Asian American population Many were drawn to this city for its warm climate, job opportunities, plentiful resources, and supportive community. As a result, hundreds of Vietnamese-owned businesses sprouted up all over town including restaurants, nail salons, supermarkets, and video stores that added tremendous economic growth to the city.  Also, many organizations, programs, and religious institutions developed to serve this growing population.

Please visit our online selection of