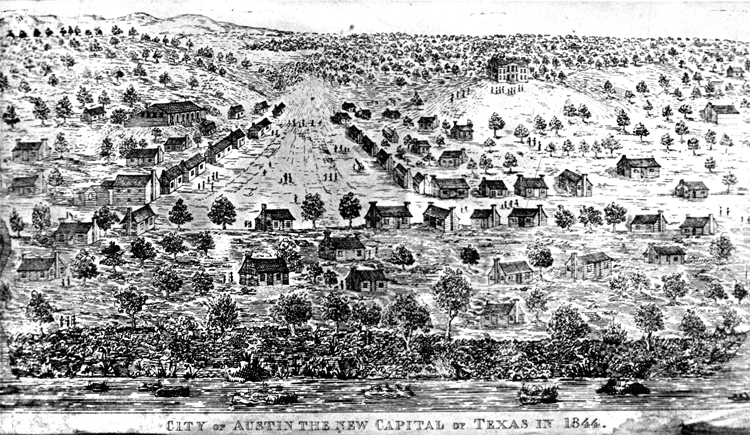 Austin was a still small town with only a few hundred residents in 1844 when this illustration was made. The city had been chosen in 1839 by Mirabeau Lamar to be the capital of the Republic, though the location was contested by Sam Houston who thought the area too remote and unprotected. Houston tried to force the capital to relocate in 1841 by ordering the archives be taken to Washington-on-the-Brazos, but Austinites fought back and retrieved the documents in what became known as the Archives War. When Congress reconvened in 1845 Austin was officially secured as the seat of government.