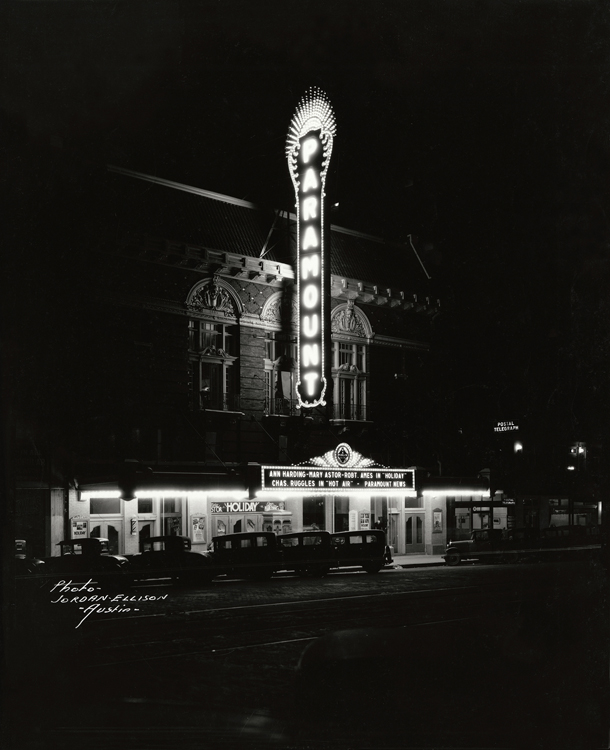 Originally built as a Majestic Theater in 1915 for vaudeville acts, the Paramount Theater opened in 1930 with a new art deco style interior and air conditioning. The theater declined in the 1960s but was reborn again as a live performance venue in 1975. Today the Paramount hosts nationally and internationally known performers as well as local performance groups and artists.