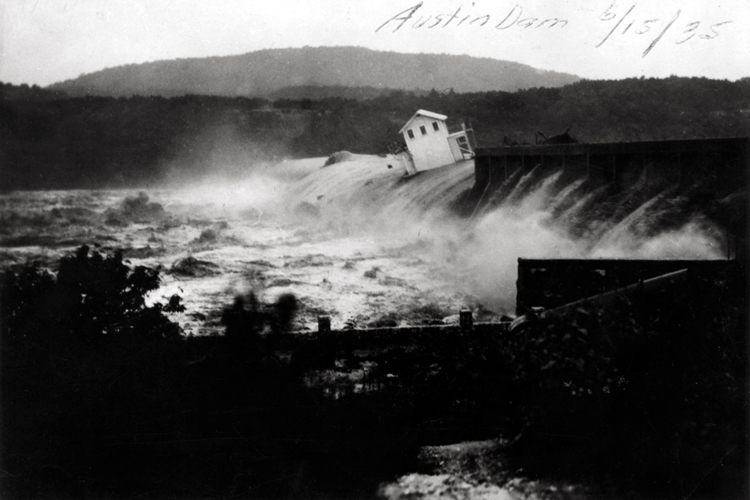 With a final crest of 41.7 feet, the flood of 1935 was one of the worst in Austin's history. Part of the superstructure for the Lake Austin Dam was washed away, although the dam itself did not collapse. The Congress Ave. Bridge was under water, but remained whole. Part of the much older Montopolis Bridge on Bastrop Highway was washed away. The flooding killed eighteen people regionally, and caused an estimated $2,500,000 of damage in 1935 dollars.