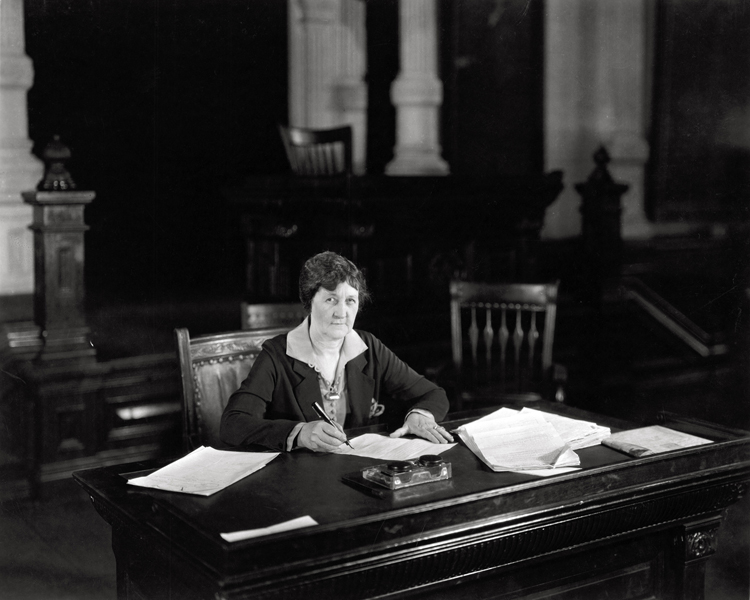 Miriam A. “Ma” Ferguson was the first woman governor in Texas. She entered the gubernatorial race in 1924 after her husband, Governor James "Pa" Ferguson, had been impeached. Though opponents called her a puppet, she argued that Texas would get two governors for the price of one. She also ran on an anti-Klan ticket. She did not run again in 1928, but ran and won her second term in 1932.