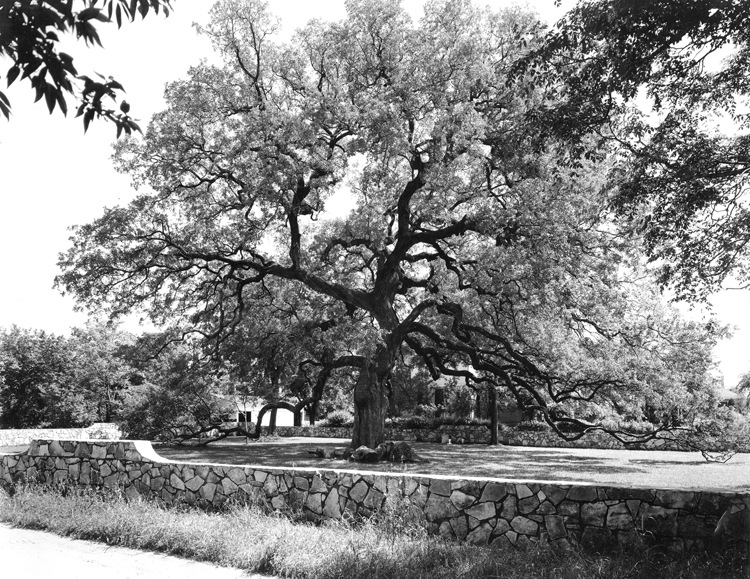 This live oak tree located in Baylor Park between 5th and 6th Streets has always been a beloved landmark of Austinites. The last of a grove known as the Council Oaks, Treaty Oak is said to be the spot on which Stephen F. Austin signed the first boundary agreement with Native Americans in the area, although this story has been disputed. Now approximately 500 years old, the tree was entered into the American Forestry Hall of Fame in 1927 and declared “a perfect specimen of a North American tree.” Treaty Oak was poisoned in 1989 and despite efforts of the nation’s leading tree surgeons only a quarter of the tree survives.