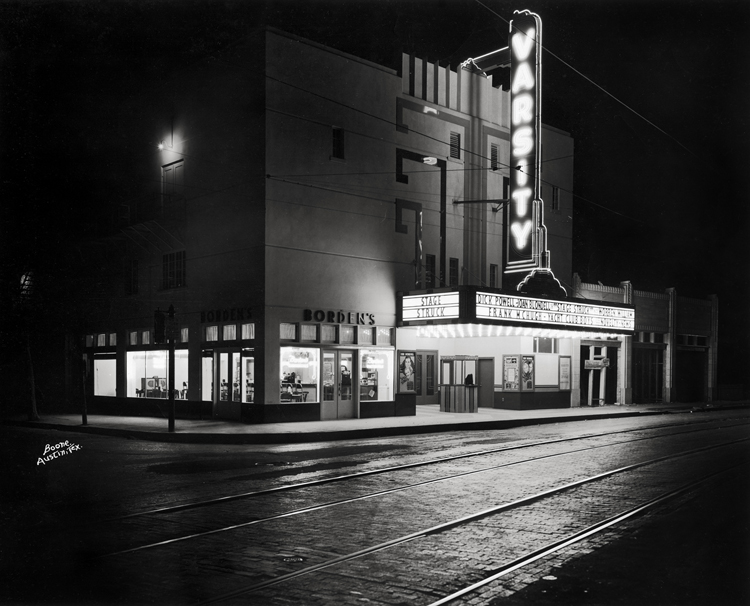 The Varsity Theater was built in 1936 by the Interstate Theater Circuit (ITC). It was designed solely as a movie house and was meant to be a neighborhood theater. It featured Art Deco frosted glass doors and an octagonal box office. In 1977, as multiplexes took over, the Varsity became an art film house and a second balcony screen was added. It closed as a theater in 1990 and became a record store and then a bookstore and now houses a coffee shop and restaurants.