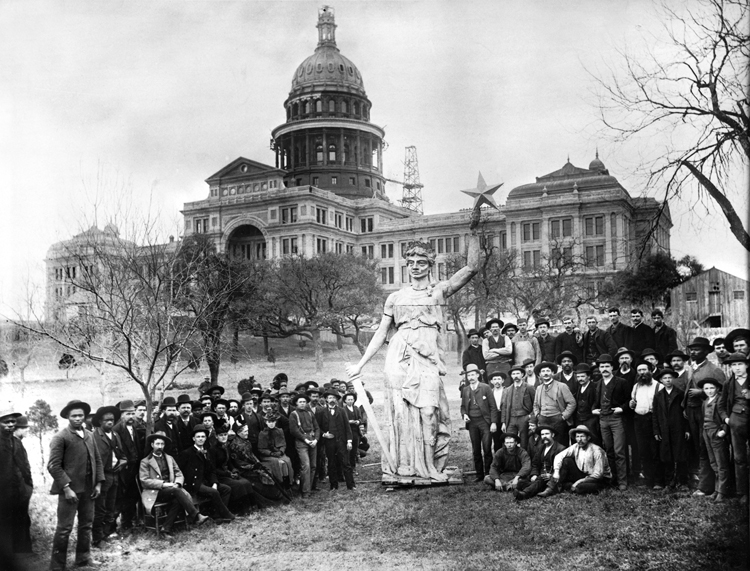 The Statue which graces the top of the Texas Capitol dome was designed and realized by John C. McFarland of Chicago, Illinois. The molds arrived by train. In the basement of the Capitol building, Herman F. Voshart and Albert Friedley cast the eighty separate parts that were welded into four sections. The sections were painted with three coats of paint mixed with sand to give the statue the appearance of stone. Men working on the dome of the Capitol in 1983 noticed extensive wear to the statue, and an effort to conserve the goddess was launched. The original statue was removed and is now housed at the Texas State History Museum. The new goddess was raised atop the dome on June 14, 1985.