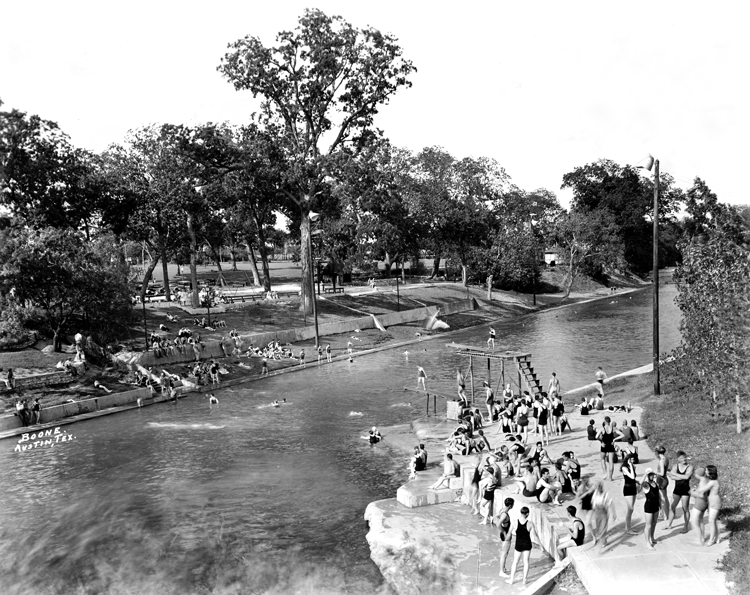 The fourth largest springs in Texas, Barton Springs has always been popular for swimming and other recreational activities. Spanish explorers wrote in 1714 that wild horses were numerous there. The springs were named after William “Uncle Billy” Barton, an early settler in the area, who patented the land and named the springs for his daughters. An Austin newspaper referred to Barton Springs as “Austin Eden” in the 1880s. Between 1901 and 1913, local merchant and leading citizen Col. A.J. Zilker purchased the land and in 1918 and 1931 he donated the land to the citizens of Austin for use as a park. The swimming hole at the springs was built into a more modern pool in the 1930s.